Celebrating the First Trimester of Pregnancy

An enchanting aspect of Indian life is the marking of important milestones with traditions, rituals and celebrations. Completing the first trimester of my pregnancy was one of the special milestones we celebrated, a special milestone in pregnancy all over the world. The morning sickness is fading, you’ve had an ultrasound and you can start to expect those first flutters of baby’s movements.

Once I had completed my first trimester, my mother-in-law invited a group of her friends to the house to celebrate my pregnancy under a full moon. It was definitely something I wanted to celebrate, I had spent the last couple of weeks vomiting, feeling nauseous and anxiously waiting for that all important ultrasound to confirm the pregnancy was progressing well. Slowly I was considering eating Indian food again (I just couldn’t during those first couple of weeks, food aversion being a very common first trimester symptom) and starting to relax and look forward to the rest of my pregnancy.

Once the women had arrived and the moon was high in the sky, we all went outside to the garden and sat down on blankets around clay idols of Goddess Gauri (the mother Goddess) holding her baby, with her consort, Shankar. In front of the little altar sat a large bowl of milk to absorb the rays of the full moon. Amongst the rose bushes, under the huge moon and stars, the women started to clap and sing Marathi folk songs about pregnancy, mother-in-laws and lemons (I’m not sure what lemons had to do with it, but apparently it was hilarious). 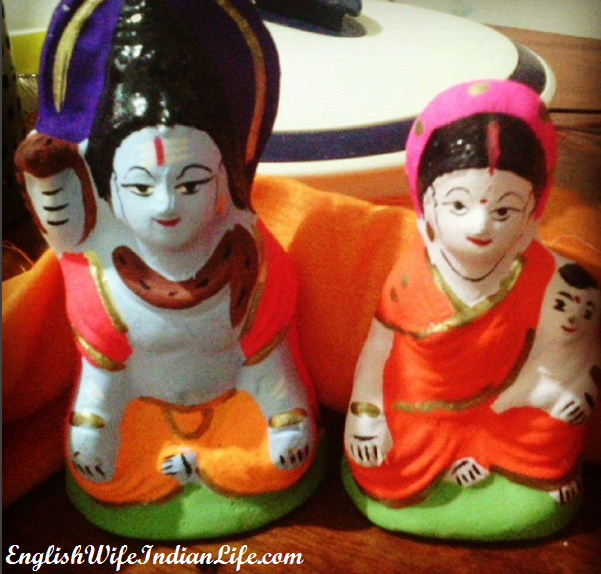 They sang, clapped and laughed until no one could think of anymore songs to sing, then we all drank the milk that had been offered to the moon (prasad)! I really feel that rituals play such an important role in helping us feel connected to the world around us, even though I didn’t understand much of the folk songs, I felt a connection with that circle of women, all of whom have experienced pregnancy themselves. I hope to learn a couple of these funny Marathi folk songs for a possible next time, or when I am invited to someone else’s first trimester celebration as a mother myself!