While most of India worship Goddess Lakshmi during Diwali, communities from the North East worship her divine contrast, Goddess Kali. If you consider Goddess Lakshmi as the opulent full moon, Goddess Kali is the regenerative new moon. We attended the vibrant Bengali Kali Puja celebration under a new moon for a second time this year, and it was mesmerising as ever. Goddess Kali is a symbol of power, freedom, equality and primal creativity, she is Mother Earth and the destroyer of egos. 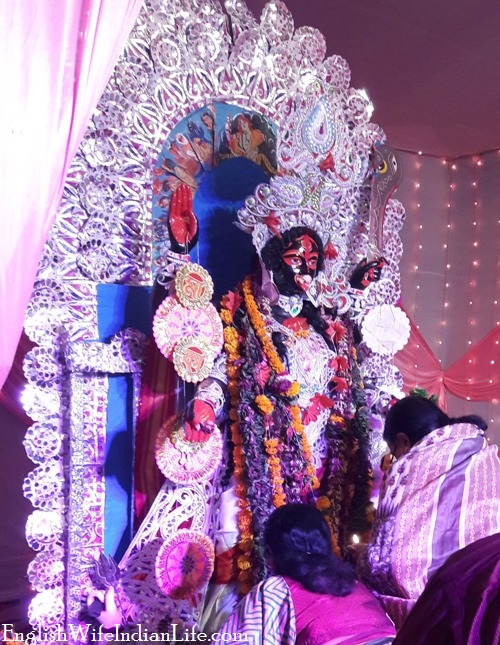 This year my mother and youngest sister could attend too, I was really excited for them to experience a different Indian culture. I was equally excited to see what our little one made of it all, last year I felt his first definite kick during the Kali puja aarti (a ceremony where a special devotional song is sang whilst offering a light to the deity).

When we arrived at the celebration, another baby was already there… 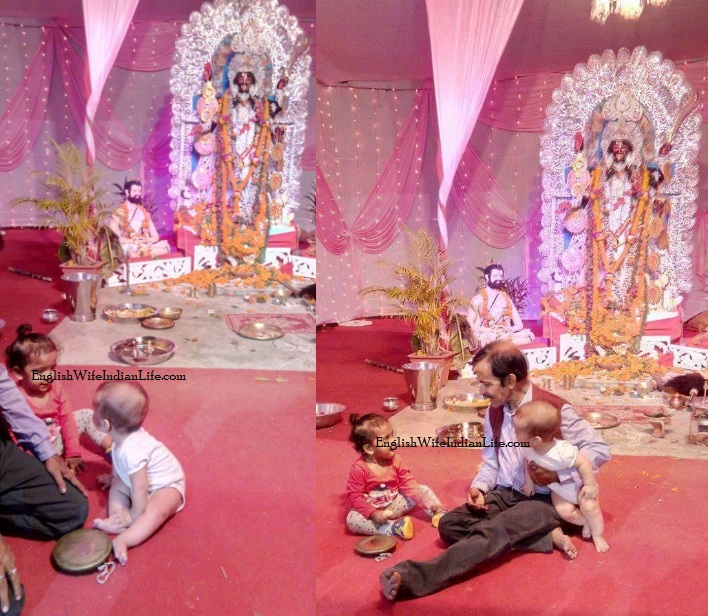 Little did they know they had both been at this same spot together last year. We saw her as a three month old baby there to meet Goddess Kali for the first time, when Rohan was still in utero. I felt such a content satisfaction watching them play together.

The next day my mum and youngest sister flew back to England, and I was feeling down. I love living in India but being so far away from so many loved ones is extremely difficult. In the evening we returned to Goddess Kali and participated in the visarjan (when the deity is immersed in water at the end of the festival).

This experience immediately lifted me up again. It was amazing, so many happy people, full of joy vibes. Rohan was a cheerful little boy, smiling at everyone, watching everything with fascination. Thankfully he enjoys wearing his ear defenders, because there were lots of drums!

We had to say goodbye to both my mother and the mother that day, but I know we’ll see them both next year. In the meantime, they are only a call or a prayer away.